UNDERSTAND YOURSELF LEARN YOUR LIFE SCRIPT << GET IT NOW >> 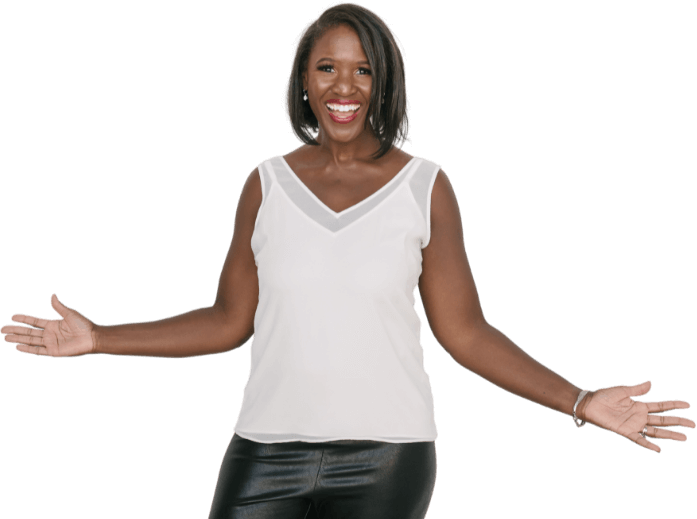 Let's Talk
If you desire more clarity, less stress and support from someone that understands you, schedule your no-cost call with Denise today.
Book Now 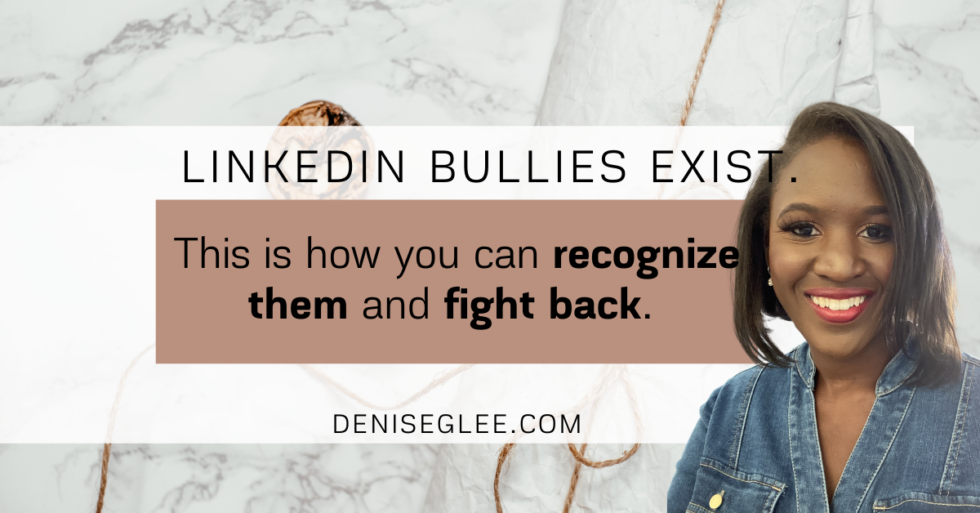 LinkedIn bullies exist. This is how to protect yourself from their attacks.

Bullying on LinkedIn is more common than you think. In this article we will talk about what online bullying looks like and how you can protect yourself. We will also talk about why you need to take a stand for yourself and report acts of online bullying.

Online bullying can happen to you or anyone else in your network without warning OR provocation.

Recently I had the misfortune of being bullied on Linkedin. I responded to a post by a popular male ghostwriter. Foolishly, I thought he was open to other ideas. In his response post he referenced how much money he was making, how many views he gets on his posts. But that’s not all. He said he went through all my social media accounts and said I was a nobody who had zero online engagement. This messed hurt me to the core. My biggest fears came to fruition. Being called a fraud, phony and a nobody - for all to see. I was worried about how other people felt about me and my skills as a coach. He deleted the original post and sent a sanitized version (less the insults) of the same message to me via direct message. In the private message he also invited me to a free consultation where he would teach me how to grow my network. I’m convinced God wanted me to see who this person REALLY was. That’s why I was able to see his original message. I thanked him for the message but did not schedule an appointment with him.

Choose to be brave and confront your fears.

To be honest with you I felt uncomfortable, vulnerable of unsure of what to do next. So I decided to do the bravest thing I could imagine. I shared to my entire LinkedIn network (which included him) both messages he wrote to me. I told my network I would never treat a stranger like this. In the past I would have just ignored events like this. Seriously. I would have pretended it didn’t happen. But not this time, I wanted to take a stand. You don’t have to respond to bullying like the way I did. There are other options. Block, mute or report the post are also other good choices. LinkedIn has community standards regarding appropriate behavior on their platform. Take the time to read it when you get the chance. I doubt anyone will comment or share on my response post for fear that they will also be bullied or harassed by that man. I wonder how many people are his clients BECA– USE of these aggressive and manipulative tactics. Probably many. It’s funny. During this same time frame I saw another person talk about online bullying on LinkedIn. Not once, but twice. I didn’t really pay too much attention because I thought bullying was something that only happened to kids.

Need a BOOST of Confidence?

Feel better about yourself and get this FREE workbook. It is filled with 8 tips to help you face your fears with confidence!

Recognize the signs of LinkedIn bullying

LinkedIn bullying happens more often that you think. Unfortunately, so many people do not recognize that it looks like. In Shelly Elsliger’s article, “Add To Your LinkedIn ‘Superpowers’ By Building A Bully-Alert System” describes how you can be bullied in LinkedIn.

I would advise you not to run away from bullying either. Bullies thrive on the weakness and fear of their prey. Confronting them will help you become a stronger person.

“I’m not going to teach people to treat me like crap. Someone will attack my reputation and credibilty. This isn’t a question of if, but when.”

I remember my mentor Gina once saying that she was bad-mouthed by a former client. This former client told everyone around town how bad Gina was. Gina’s first reaction was to ignore it and feel embarrassed. Then Gina summoned her inner courage took a stand for herself. Gina told everyone in her network this message, “How I conduct my business isn’t a secret. I have nothing to hide.” And here I am now taking a stand for myself and anyone else who is intimidated by a stranger. And whatever happens, happens. Make no mistake, good or bad - everything happens FOR you, not TO or AGAINST you. Thanks for reading. Be blessed and never let anyone steal your joy. ☺️

Need a BOOST of Confidence?

Feel better about yourself and get this FREE workbook. It is filled with 8 tips to help you face your fears with confidence!